I am not a big “Oh, let’s totally make New Year’s resolutions so we can learn and grow and then compare and share our lessons on learning and growing at the end of the year” type of guy. Well, I am, but I just don’t say it out loud. (I’m not even sure what type of voice one would use to say that quote; I’m imagining Shoshanna Shapiro from “Girls.”) I usually set a reachable goal and then quietly keep track of it myself. Because, if I don’t say it aloud, no one will know how badly I have failed. (Rule for Living No. 83 for the Dudley kids!)

In 2015, my goal was to read 48 books for the year. I had done 40 the year before, so I figured it wouldn’t be that much harder to crank it up to 4 per month. To prepare, I sang the Speed Reader theme song from “The Great Space Coaster”: “Who can read on the run and have lots of fun? Speed Reader, Speed Reader!” (“The Great Space Coaster” was an early 1980s kids’ show whose plot didn’t even make sense back then. Unless you were on drugs. Then it made all kinds of sense.)

By year’s end, I read 49 books. (I’ll wait for a minute to let the applause die down.) Then my mother-in-law stopped by for a visit and casually mentioned that she checked her reading history at her library’s website: she had read 80 books last year. I said, “Oh, great! Now I suppose you’re going to tell me you’re a better cook and that you traveled more than me in the past year!” (Um, yes and yes.)

The lesson is, you shouldn’t compare yourself to others. Unless you are clearly better than them at something. But do it quietly in your head.

Of those 49 books, here were my ten favorites. I had trouble cutting the list down to only ten. Now, on to my 2016 New Year’s resolution:  To stop using so many parenthetical asides in blog posts. (Probably not going to happen.) 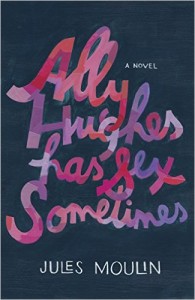 1. Ally Hughes Has Sex Sometimes, Jules Moulin. If the title doesn’t grab your attention (sorry, it’s not a picture book), the plot should: Ally Hughes, a college professor and the single mom of a precocious girl, has a weekend fling with one of her former students. Flash forward 10 years, and her now-grown daughter brings home her new boyfriend, an actor whose star is on the rise. Oh, and one more thing: he’s the former student with whom she shared a passionate weekend. Awkward. Funny and deeper than one would expect. I read most of this book out loud to my lovely wife Jen, but she read it herself, too (mostly for the sex scenes, I think). 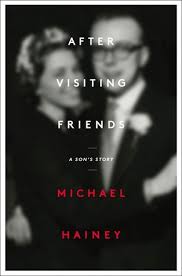 2. After Visiting Friends: A Son’s Story, Michael Hainey. A heartbreaking memoir about a family’s secrets and a son’s need to discover truths about his father, however painful they might be for him. When Hainey was 6 years old, his 35-year-old father, a newspaperman, died on a Chicago street in the middle of the night. Now a reporter himself, Hainey goes looking for answers to questions that have nagged him into adulthood, including inconsistencies in the obituaries published in two different newspapers. Unfolds like a mystery. 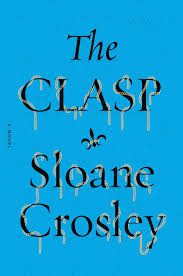 3. The Clasp, Sloane Crosley. Part wild goose chase, part comedy of manners, Crosley’s novel starts as a look at the dynamics of a group of friends who knew each other in college but now find themselves in their late twenties wondering if they still have any reasons to be connected: Victor, recently fired from the world’s seventh-largest internet search engine; Kezia, personal assistant to a demanding jewelry designer whose latest necklace has a clasp that may be so defective that it could bring the company down; and Nathaniel, a television writer. When a classmate gets married and Victor passes out in the mother of the groom’s bedroom, he is awakened to the story of a necklace that may or may not have been hidden from or by the Nazis and may or may not be the necklace upon which Guy de Maupassant based his story “The Necklace.” Anyone who is a fan of Crosley’s droll humor in her essays will like her debut novel. 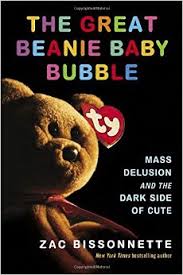 4. The Great Beanie Baby Bubble, Zac Bissonette. The subtitle of this book is “Mass Delusion and the Dark Side of Cute.” Parents of young kids in the late 1990s will remember the insanity of chasing down Beanie Babies at mom-and-pop stores and in McDonalds Happy Meals, and the inflated prices that they were supposedly worth, a modern version of the Holland tulip craze of the 1600s. This book is a combination of retelling how the heck that all happened and the bizarre life story of Ty Warner, the eccentric billionaire creator of Beanie Babies. I checked this book out thinking it would be good for a laugh, but there was nothing funny about what happened as people poured their life savings into collecting $5 stuffed animals believing that they would eventually be worth hundreds of dollars each. 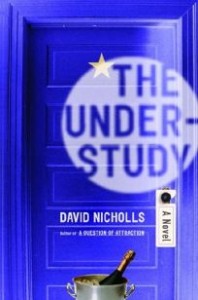 5. The Understudy, David Nicholls. Stephen McQueen is an English actor whose biggest role so far has been a corpse in an episode of a TV police procedural. He lands the understudy part in a play about Lord Byron, “Mad, Bad, and Dangerous to Know,” backing up Josh Harper, the Twelfth-Sexiest Man in the World and the husband of Nora, an American who surprisingly takes an interest in Stephen. His hopes to impress his ex-wife and his 7-year-old daughter rest on somehow finding a way to get Josh off the stage so he can have his chance to shine. Like Nicholls’ other novels, this is a sad-funny tale of a striver who just can’t seem to get to where he thinks he needs to be. 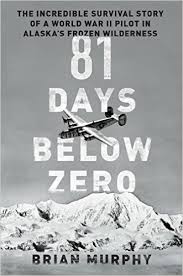 6. 81 Days Below Zero: The Incredible Survival Story of a World War II Pilot in Alaska’s Frozen Wilderness, Brian Murphy. Here’s how clueless I was: I didn’t even know we had military bases in Alaska that faced attack from the Japanese in WWII. We tested planes in cold weather and then sold them to the Russians, who had a presence on our Alaskan bases. This is the gripping tale of Leon Crane, a 22-year-old co-pilot from Philadelphia who was apparently the only survivor of a B-24 crash in December 1942, somewhere east of Ladd Field. Somehow, with little outdoor survival training, and carrying only his parachute, a pack of 30 matches, and a pocket knife (no gloves), he finds the will to live for nearly 3 months in the harshest of weather conditions. 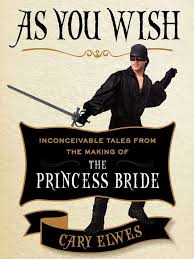 7. As You Wish: Inconceivable Tales from the Making of The Princess Bride, Cary Elwes. Elwes, who starred as Westley, offers a behind-the-scenes look at the production of “The Princess Bride,” one of my family’s favorite films. Sections of the book are contributed by fellow cast members, director Rob Reiner, and others involved in making the movie. Probably my favorite parts were the stories that they told about the late Andre the Giant, who played Fezzik. A must for people who loved the movie.

8. Love May Fail, Matthew Quick. Quick’s debut novel, Silver Linings Playbook, was turned into a hit film. His latest follows Portia Kane, who returns to her New Jersey home (and her hoarder mother) after her marriage falls apart. She makes it her quest to track down Mr. Vernon, her high-school English teacher who resigned after a traumatic classroom incident. It’s about redemption, healing, finding love again, and, especially, hair-metal bands from the 1980s.

9. Every Love Story Is A Ghost Story, D.T. Max. The first biography of David Foster Wallace, the brilliant and tormented writer who battled addiction and depression before his death at age 46 in 2008. Reading a Wallace novel or collection of essays (Infinite Jest is his most well-known) is like trying to decipher hieroglyphics or read Joyce’s Ulysses. Max’s haunting book is thorough (he uses almost as many footnotes as Wallace did in his books). I only wish it didn’t end the way I knew it had to.

10. Where You Go Is Not Who You’ll Be: An Antidote to the College Admissions Mania, Frank Bruni. As someone who is going through the college-admissions process with one of my kids right now, I needed to read this book to calm myself down. I have spent the last several months quoting from it to other parents. Bruni’s basic message is: Your kids will still be fine if they don’t get into Ivy League schools. In fact, he offers reasons why the top-rated schools might not be the best for everyone. If you have high schoolers, you should read this book.

Other books that I recommend but just missed the cutoff: Stories I Only Tell My Friends, Rob Lowe (funny, revealing, and surprisingly insightful); Rod: The Autobiography, Rod Stewart (he does not apologize for living the rock-star lifestyle); Factory Man, Beth Macy (true story of American furniture manufacturer who innovates to keep his factory open); Modern Romance, Aziz Ansari (not a memoir by the comic but a sociological study of dating in America); Even This I Get To Experience, Norman Lear (legendary TV producer looks back on his 90-plus years of living).