Here in the Great Midwest, we’re all hiding away indoors, under the spell of the polar vortex. (As I type this, it is 22 degrees below zero, with a windchill of 50 below.) A good time to review the books I read in 2018! I read 24 books last year, less than the year before, for one main reason: a health scare in the family limited me to reading waiting-room magazines amid daily doctor visits for 2 months. So I learned a lot about Meghan and Harry’s wedding. Anyway, here’s my top 10: 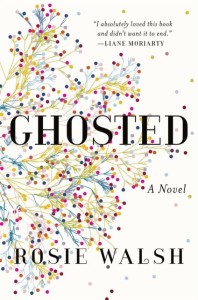 1. Ghosted, Rosie Walsh. Some novels stick with you. I kept telling Jen, “You have to read this book,” but I couldn’t tell her why because I didn’t want to spoil the plot. At first, I thought it was a simple romance, but it took a turn for the thriller genre midway through. In a nutshell, it’s about Sarah, an English woman who meets Eddie while visiting her hometown; they have one of those whirlwind weeks where everything is perfect, and at the end, when he is leaving for a business trip, he promises to call her from the airport before he boards his flight. And then, he doesn’t call. And never responds to her texts, calls, emails, etc. She’s been “ghosted,” and if you’ve ever had this happen to you, you’ll know how hard it is to tell when to give up on a person. I won’t say more, only that I thought I knew where this was going, and I was wrong, and I couldn’t stop thinking about this book after I read it. 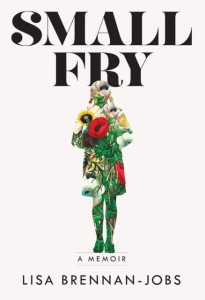 2. Small Fry, Lisa Brennan-Jobs. In this memoir, Brennan-Jobs focuses on her mom’s struggles raising her as a single parent and her fraught relationship with her dad, who initially denied paternity. You might have heard of her dad: Steve Jobs, the founder of and creative force behind Apple. Brennan-Jobs is unfailingly honest about her father’s (and her own) shortcomings. Although she has been criticized in the press by Jobs’ widow and his sister, he also showed how he loved her (example: the first personal computer he invented, the Lisa, was named after her). 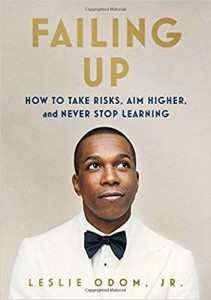 3. Failing Up: How to Take Risks, Aim Higher, and Never Stop Learning, Leslie Odom, Jr. Odom originated the role of Aaron Burr in Lin-Manuel Miranda’s musical Hamilton; he won the Tony for Best Actor in 2016. In this motivational book/memoir, he offers stories that showed how he found success in acting and music, and how the lessons he learned can help anyone looking for success in life. 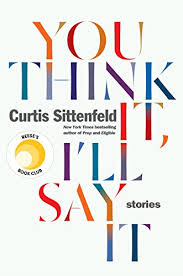 4. You Think It, I’ll Say It, Curtis Sittenfeld. Sittenfeld’s first short-story collection (she has written five novels and numerous nonfiction articles for magazines) is at times hilarious and biting. Mostly about middle-aged and middle-class women grappling with some aspect of their former selves, I felt like I was overhearing conversations at a backyard barbecue.

5. Thanks for the Money, Joel McHale. 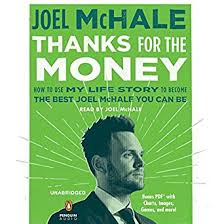 McHale, an actor who was the star of the sitcom “Community” and the host of Comedy Central’s “The Soup” (and of the short-lived Netflix show “The Joel McHale Show”), is a smart aleck, and if you think he’s funny, you’ll like this book. Not so much a true memoir as a mix of exaggerated stories of his youth and gossip about Hollywood, it had me laughing throughout. And yes, there are stories about Chevy Chase and his infamous blowups on the set of “Community.” 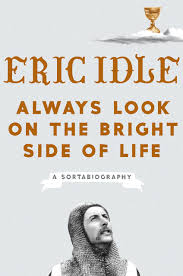 6. Always Look on the Bright Side of Life, Eric Idle. I’m a casual fan of the Monty Python comedy group, meaning that I know all of them as “John Cleese and those other guys.” Eric Idle is one of the other guys, and this is his funny memoir. Actually, I like Idle for his Beatles sendup, the Rutles. Like all great autobiographies, this one’s a name dropper: his best friends were George Harrison, Mick Jagger, and many other rock stars who seemed drawn to the Monty Python guys. 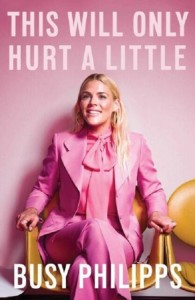 7. This Will Only Hurt a Little, Busy Philipps. This bubbly memoir is from the actress known for “Dawson’s Creek,” “ER,” and “Cougar Town.” Bizarrely, it reminded me of the comedian David Spade’s memoir, probably because they both grew up in Arizona. The book caused a stir because she accused James Franco of being an a-hole on the set of “Freaks and Geeks.”

8. The Story of Arthur Truluv, 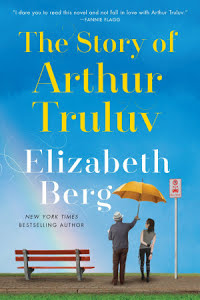 Elizabeth Berg. This bittersweet novel is about an octogenarian widower who befriends a 17-year-old girl who is going through a rough patch in life. Try not to cry. 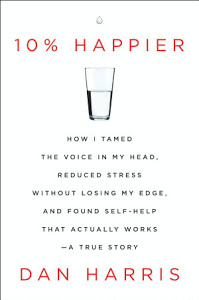 9. 10% Happier, Dan Harris. The subtitle of this book says it all: How I Tamed the Voice in My Head, Reduced Stress Without Losing My Edge, and Found Self-Help that Actually Works. It’s about a guy who tamed the voice in his head, etc. Harris is a newsman who had a panic attack live on ABC’s “Good Morning America.” This is the story of his search for methods to calm himself (legal and illegal drugs among them) that led him to meditation. The “10% happier” part is what he tells people when they ask him why he meditates, usually with a “that’s weird” tone in their voices: because it makes him just that much happier. 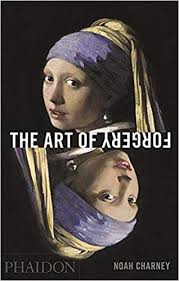 10. The Art of Forgery, Noah Charney. I know you’re not supposed to judge a book by its cover, but this nonfiction work had me with its cover, a reproduction of a painting by my favorite artist, Jan Vermeer. Charney, an art history professor and world expert in art crimes, delves into some of the most famous forgeries of all time and analyzes not just how forgerers attempt to recreate masterpieces but why (it’s not always for the money).