Let’s get right to it: I didn’t read many books last year. A total of 23, or 1 every 16 days. That’s embarrassing. I got bogged down in some books that I didn’t really like but felt obligated to finish, because I’m that kind of reader.  (And yes, I’m also a member of the clean plate club.) I have many, many other excuses. I promise to do better this year, faithful blog readers (hi, Rossi family!) . Anyway, here’s my top ten list:

1. Nothing to See Here, Kevin Wilson. Wilson’s hilarious novel is about Lillian, a twentysomething slacker whose successful best friend from high school married a U.S. senator and needs a nanny for her twin stepchildren while she cares for her own son. The twins are a handful, and oh by the way, when they get agitated, they spontaneously combust. Somehow, Wilson makes this seems plausible, and we are rooting for Lillian and the flaming twins. The best thing about this book is that I didn’t know where it was going and it was exciting to see where the next chapter led.

2. Very Nice, Marcy Dermansky. Rachel Klein seduces her college creative writing professor, Zahid Azzam, who then leaves his dog in Rachel’s care while he returns to Pakistan to care for his ailing grandmother. Rachel brings the dog from New York to her mother Becca’s Connecticut mansion. Sooner than expected, Zahid turns up at the house and falls into a relationship with Becca. Funny and smart and dipping its toe slightly into the current political situation, this novel has the feel of a film where connections between characters are made that seem conveniently coincidental (e.g., Zahid’s NYC apartment is being sublet by a woman who works for Rachel’s father in investment banking, and this subletter also happens to casually date a female friend of Zahid’s, etc.). 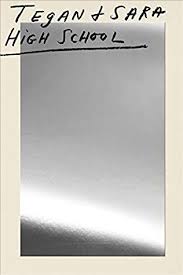 3. High School, Sara Quin and Tegan Quin. These twins, better known as the indie-pop duo Tegan and Sara, co-wrote this memoir about growing up and rebelling in Calgary, Alberta. The cover of the book is supposed to look like a mirror, as in, we can all see ourselves in their stories. Even though I have almost nothing in common with them (that is, I didn’t drop acid and attend raves, struggle with my sexual identity, or form a band before graduating high school), I totally related to their tales of being outsiders and outcasts in their teen years. An especially good book for LGBTQ kids looking for stories of how two kids found their voices and turned out okay. 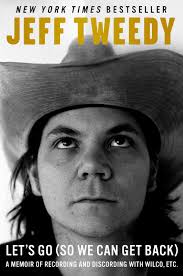 4. Let’s Go (So We Can Get Back): A Memoir of Recording and Discording with Wilco, Etc., Jeff Tweedy. I was interested in this memoir by the founder and lead singer of Wilco (and co-founder of the late, lamented Uncle Tupelo) partially because we have mutual acquaintances and I wanted to see if Tweedy talked about them. Very honest, very funny, very entertaining. In the opening, Tweedy says that he is not going to stoop so low as to discuss his prescription drug addiction battles and that he is only going to talk about the songwriting process and art. Then he says something to the effect of, “Just kidding! Of course I’m going to talk about the addiction stuff! Why else would you be reading this book?”

5. Tough Luck: Sid Luckman, Murder, Inc., and the Rise of the Modern NFL, RD Rosen. Rosen grew up a fan of the Chicago Bears, and in a lucky happenstance, one of his neighbors during his 1960s childhood was the retired Bears great Sid Luckman. (As any diehard Bears fan knows, the Bears haven’t been able to find a QB as successful as Luckman, who last played in 1950.) The book was only going to be about Luckman’s playing career, but then Rosen saw an interview with a former teammate who said, “It’s too bad about Sid’s dad.” It turned out that when Sid was in high school, Sid’s dad, who was mob-connected in New York, was sent to prison for the brutal murder of a family member, and somehow the Chicago media buried this story so that it didn’t follow Sid around. A great read for football fans and for true-crime enthusiasts. 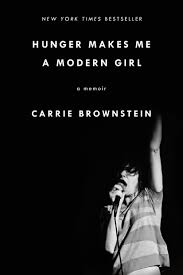 6. Hunger Makes Me a Modern Girl, Carrie Brownstein. Yes, another musician’s memoir. This one is by Brownstein, a founding member of the Seattle punk group Sleater-Kinney and one half of the creative team behind the great TV series “Portlandia.” This is less to do with “Portlandia” and more about her musical background. Like the others on this list, a fun way to see how someone goes from outsider teen to successful rock star. 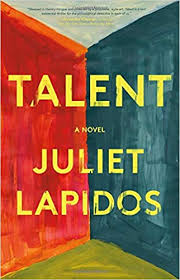 7. Talent, Juliet Lapidos. Anna Brisker, a graduate student in English at an Ivy League-type university, is struggling with writer’s block on her dissertation, a treatise on the intellectual history of inspiration. She establishes a friendship with the niece of the famous author Frederick Langley, a JD Salinger-type author who struck literary gold early in his career but apparently never wrote again. Or did he? Anna discovers unpublished work of Langley’s but also uncovers a plot by his sole surviving heir to cash in on her uncle’s fame. A modern take on the Biblical parable of the talents. 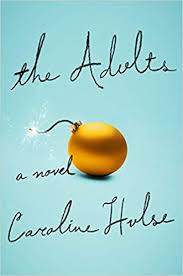 8. The Adults, Caroline Hulse. It starts with a frantic emergency call; someone has been injured in an archery accident at a family vacation destination. What plays out is differing explanations of all involved in this comic holiday trip gone sideways: Claire and Matt, exes who decide to spend Christmas together for the sake of their daughter Sophie; Claire’s uptight boyfriend Patrick; Matt’s sensible new gal Alex; and Sophie’s imaginary friend, a human-sized bunny named Posey. 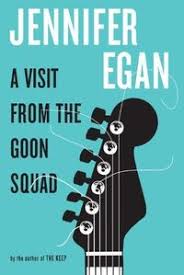 9. A Visit from the Goon Squad, Jennifer Egan. Sprawling, darkly funny novel that bounces back and forth in time from the 1970s to the present about Benny Salazar, a record company executive who got his start as a teen in a punk band, and Sasha, his self-destructive assistant. This Pulitzer Prize winner weaves several characters’ inner thoughts into one story; sometimes the reader doesn’t find out the connection between seemingly random characters until many chapters later. A book that I had to flip back through and reread.

10. I Am C-3PO, Anthony Daniels. The English actor’s tales of portraying the iconic Star Wars droid for over 40 years. Daniels almost exclusively details his C-3PO years, with only a few stories about his early childhood and his other acting roles (and practically no stories about his personal life, an oddity for a memoir). Not always a flattering portrait of life in the Star Wars universe.

Other books that just missed the cut: Thanks a Lot, Mr. Kibblewhite, Roger Daltrey; Past Tense, Lee Child; The Parade, Dave Eggers; There’s a Word for That, Sloane Tannen; Wham! George Michael and Me, Andrew Ridgeley.