When I was in college, my buddy Mike asked me if I wanted to attend a matinee showing of Spike Lee’s “Mo’ Better Blues” at the Co-Ed Theatre on Green Street in Champaign, IL (it closed in 1999 and later was razed for luxury apartment buildings).

We entered the darkened theater, and the opening credits were rolling: a mostly black screen with images in deep purples, blues, and reds of a jazz quartet’s instruments (and Denzel Washington’s profile). It was impossible to see the theater’s seats. Mike whispered something like, “I can’t see anything; let’s go about halfway down the rows.” I had to reach out and put my hand on his shoulder just to know where he was. He found  two open seats right next to this one guy. We sat down, and in the darkness, I could see this guy was staring at us hard. What’s his problem?, I thought.

When the first scene started and the theater lightened up, I noticed that there was not a single soul in any of the rows in front of us. Then I looked behind us; there were exactly three people in the whole theater: Mike, me, and the guy we sat next to. Awkward! The whole movie, I’d catch the guy glancing at us, I’m sure wondering what our problem was. The seats weren’t ample, so Mike and he had to share the tiny armrest.

After the movie was over, we walked out, and I burst into laughter when we got onto the Green Street sidewalk. I said to Mike, “Why didn’t you move to other seats and give the guy some space?” Mike said, “After a certain point, it would have been weirder if we moved away from the guy than if I stayed right next to him.”

I didn’t visit a movie theater in 2020. Like the rest of the world, I did my viewing at home. I watched 66 movies, or 1 every 5.5 days. That’s less than I usually average per year; I ate into that with binge-watching TV shows. Here’s my annual disclaimer: This isn’t a list of the best movies of 2020, but a roundup of the best films I saw, no matter what year they were released. Here we go: 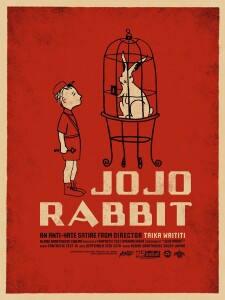 1. “Jojo Rabbit,” 2019 war satire directed by Taika Waititi, starring Scarlett Johansson, Roman Griffin Davis, Taika Waititi, and Thomasin McKenzie. I swore there was no way I was going to see and like a movie that had a comic portrayal of a boy and his imaginary friend, Adolf Hitler. Then I saw it. Oh man. At first, the Nazis are portrayed as bumbling, “Hogan’s Heroes”-era Germans, characters we can laugh at. Then things turn more sinister as the film develops. The story of a boy, his mother, and possibly another person living in his house in Germany during World War II. It reminded me of Roberto Begnini’s 1997 “La Vita e Bella (Life Is Beautiful).” 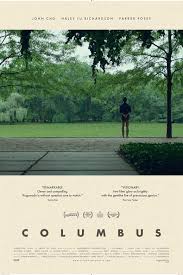 2. “Columbus,” 2017 drama directed by Kogonada, starring Haley Lu Richardson and John Cho. I don’t think I’ve ever seen a film where the buildings are as much a character as the people. This quiet film follows Jin (Cho) as he travels from South Korea to small-town Columbus, Indiana, to tend to his father, a renowned architecture professor who has suffered a medical emergency. He strikes up a friendship with Casey (Richardson), a local librarian. If you’ve never been to Columbus, you should look it up: the city is filled with Modernist buildings designed by the likes of Eero Saarinen and I.M. Pei. 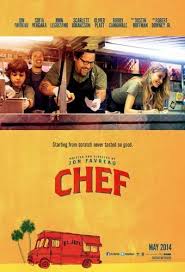 3. “Chef,” 2014 comedy/drama directed by Jon Favreau, starring Jon Favreau, Sofia Vergara, John Leguizamo, and Emjay Anthony. I gravitated to parent/child relationship films this year, maybe because the pandemic and state lockdowns led to all three of my own kids living together in our house for what I imagine will be the last time (insert sad-face emoji here). I got into this film backwards: Favreau and his chef consultant for the movie, Roy Choi, went on to make a Netflix doc series called “The Chef Show,” on which they cook with other famous chefs or celebrities. I realized after the first episode that I needed to watch the film that predated the show. Just a gorgeous story on what drives chefs to such extremes, the stress of cooking for others (restaurant owners and critics), and also a wonderful father/son travel movie. Vergara was a pleasant surprise in this one as Favreau’s ex-wife who nudges him to be a better dad. 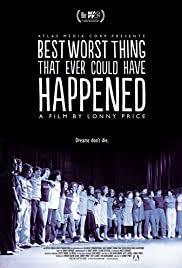 4. “Best Worst Thing That Ever Could Have Happened,” 2016 documentary directed by Lonny Price. In 1981, Stephen Sondheim (along with George Furth) created “Merrily We Roll Along,” a musical about a successful film producer and his friends, telling their story backwards, ending with them as youngsters about to embark on their lives. Sondheim (and director Hal Prince) got the idea to use teenaged, unknown actors to portray the same characters. It was a disaster; the musical’s Broadway run closed after only 16 performances. This doc takes a clear-eyed look back at all the ways things went south, including last-minute rewrites and the male lead having to be replaced because he wasn’t right for the role, but mostly the inexperience of the actors. The director (who was in the original cast) interviews Sondheim, Prince (before his death), and many of the original cast members, including Jason Alexander and Giancarlo Esposito. Funny, redemptive, and emotional watching the actors looking back on how their own lives played out for better or worse since the show, this is for anyone who loves live theater. 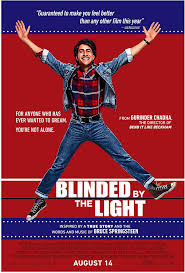 5. “Blinded by the Light,” 2019 drama directed by Gurinder Chadha, starring Viveik Kalra, Hayley Atwell, Rob Brydon, Kulvinder Ghir, and Nell Willaims. I love films that aren’t quite musicals but are dominated by their soundtracks. This based-on-a-true-story film follows Javed (Kalra), a Pakistani immigrant in Luton, England, in the late 1980s, a time of deep and vocal anti-Pakistani racism in British politics and society. A classmate of Javed’s gives him a cassette copy of Bruce Springsteen’s “Born in the USA,” and something about Bruce’s words speaks to him and changes his life. A touching film about the immigrant experience, the generation gap, and the power of dreams to drive us to a better place. 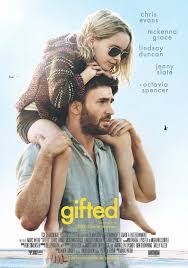 6. “Gifted,” 2017 drama/comedy directed by Marc Webb, starring Chris Evans, Mckenna Grace, Octavia Spencer, and Jenny Slate. A small film (compared with Evans’ Captain America films) about a guy trying to raise a 7-year-old girl quietly in a small coastal Florida town, and the girl’s mathematical talents draw attention to her that leads to unwanted attention from his family and neighbors. It started out predictable (hmm, will Evans start dating the first-grade teacher played by Slate?), but then it went places I didn’t expect. 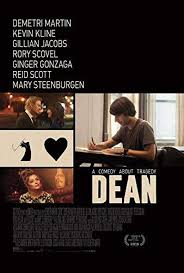 7. “Dean,” 2016 comedy/drama directed by Demetri Martin, starring Demetri Martin, Gillian Jacobs, Kevin Kline, and Mary Steenburgen. I love cringy movies that derive their humor from placing characters in awkward situations. Martin does this throughout this funny movie about an illustrator in New York (and his father) dealing with his mother’s death and his lack of ambition. His work leads him to Los Angeles, where he meets someone at a party (Jacobs) and decides on a whim to stay longer. I know, it doesn’t sound like much, but if you’re a fan of Martin’s standup (or his old Comedy Central show), you’ll get this. 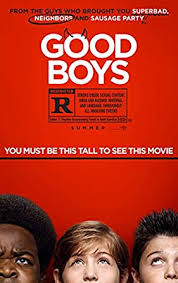 8. “Good Boys,” 2019 comedy directed by Gene Stupnitsky, starring Jacob Tremblay, Brady Noon, Keith L. Williams, Molly Gordon, and Midori Francis. If 2019′s “Booksmart” could be (mostly inaccurately) labeled “Superbad” but with girls, then this film is “Superbad” but with preteen boys. Coming-of-age adventure about three boys who skip school and their misadventures chasing down a drone that they need to retrieve before a parent notices that it is missing. The raunchy parts are not for everyone (there’s a running gag about the boys misunderstanding what sex toys are; it’s that type of humor), but there’s a depth here too; in the end, it’s a sweet story about friends being there for each other. 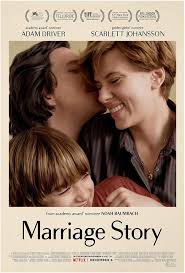 9. “Marriage Story,” 2019 romantic drama directed by Noah Baumbach, starring Scarlett Johansson, Adam Driver, Azhy Robertson, Laura Dern, Ray Liotta, and Alan Alda. Should have been called “Divorce Story,” am I right? I like Baumbach’s films, although this one had less humor than his previous output. It was nominated for six Academy Awards, with Dern winning Best Supporting Actress. It’s a breakup movie that involves cutthroat divorce lawyers   and cross-country custody battles (and mirrors Baumbach’s real life, a little uncomfortably), but it’s also about learning to raise a child with love and coming to terms with the end of a relationship. 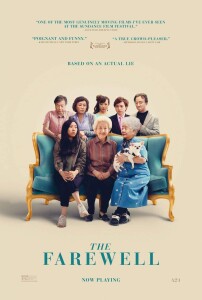 10. “The Farewell,” 2019 drama directed by Lulu Wang, starring Awkwafina, Zhao Shuzhen, Tzi Ma, and Diana Lin. Awkwafina, known more for her rap and her comedic turns in “Crazy Rich Asians” and a show on Comedy Central, plays Billi, an American woman who is called to China to attend a fake wedding for one of her cousins, a ruse to get her family together one last time with her grandmother, who has been diagnosed with a terminal condition but not told about it. A film about how much we are obligated to do for our family, and how big we are willing to let our lies grow to make others happy. Hard to believe that this was based on the true story of the director Wang’s family.

Movies that just missed the cut: “They Shall Not Grow Old,” “The Biggest Little Farm,” “The Death of Stalin,” “Knives Out,” “Wild Nights with Emily,” “Lady Bird,” “The Trip to Greece.”