When I was a sophomore in college, I wanted to impress my then-girlfriend (some of you might know her as my lovely wife Jen) with how “hip” and “literate” and “bohemian” I was. So I took her to see the movie “Henry and June,” which was the first film to ever receive the NC-17 rating. NC-17, or “no one 17 and under admitted,” was created to delineate arthouse films with edgy material from pornographic films, which were X-rated. “Henry and June” was playing at our campustown theater (the Co-Ed), and we walked over there. “You might want to bring your student ID and drivers license,” I told my freshman girlfriend, “you don’t want to be turned away because you’re just barely over the age limit.” Tee hee.

When we got to the ticket booth and I requested two for “Henry and June,” the cashier looked us up and down, slid one ticket to Jen, and said to only me, “Can I see some ID?” “What?!? Why?” I said. He didn’t answer me, but instead turned to Jen while verifying my age on my license, “I can’t be too safe: the guy looks like he’s 12 or something.” Jen got a big kick out of it. I ripped my license and my ticket from his hands and stormed into the theater. “How dare he!” I said. “He thinks I’m a little child? I’m a man!” Admittedly, if there was a “You Must Be This Tall to Enter” sign, I probably wouldn’t have made the cut. And my voice was squeaking while I was whining. And my feet were dangling from the theater seat a few inches from the floor. But come on!

Anyway, this is about my list of the best movies I saw in 2021. Another year of hardly any theater-going (I saw one film in theaters: “Free Guy”). Another low number of total films seen: 65 movies, or 1 every 5.6 days. (Is that low? I keep saying it’s low, but it’s still more than once a week.) I saw a lot of clunkers; this was maybe the hardest year to round up 10 good movies. That’s what happens when you follow the Netflix algorithm: “If you watched this bad film, you might like these three other bad films.” Annual disclaimer: These are not the best films of 2021, just the best ones I saw last year, regardless of when they were released. 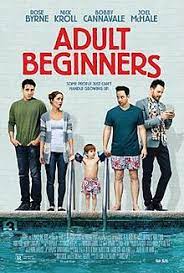 1. “Adult Beginners,” 2014 drama/comedy directed by Ross Katz, starring Rose Byrne, Nick Kroll, Bobby Cannavale, and Joel McHale. This film is a reminder that the movies I love aren’t always the movies the world loves. It absolutely bombed at the box office, but I related to the story of Nick Kroll’s character struggling to find his way in the world, as he loses his job, moves in with his sister (Byrne) and her husband (Cannavale), and becomes the sitter for his 3-year-old nephew. Comedy/drama gold. Plus, any movie that finds a role for the quirky actor Bobby Moynihan is a bonus. 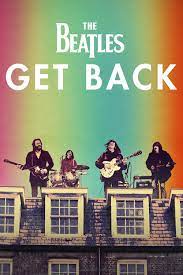 2. “The Beatles: Get Back,” 2021 documentary directed by Peter Jackson, starring four musicians you might recall. Does this count as a movie? A three-part, 468-minute piecing-together of the original documentary that was made for the “Let It Be” album sessions, Jackson does a masterful job telling the story of the Beatles, both in the whole series and in the opening 3-minute clip of the first part (it reminded me of the scene from Pixar’s “Up,” where the story of the couple is told without words in a montage). I can say a lot about this, but I will keep it to these two things: 1. I thought I knew everything about the Beatles and their breakup, but this had some surprises and refutations of what we thought we knew, and 2. it displayed the slow, sometimes mundane, sometimes funny, sometimes fruitless creative process of four regular guys who happened to catch lightning in a bottle with nearly every song they made for 8 years straight. 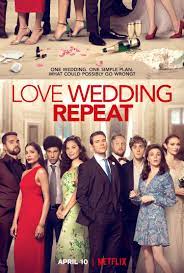 3. “Love Wedding Repeat,” 2020 romantic comedy directed by Dean Craig, starring Olivia Munn, Sam Claflin, Eleanor Tomlinson, and Allan Mustafa. This Netflix film had charm, humor, eccentric characters, and (of course) a budding romance all centered around the (mostly British) friends attending a wedding in Italy. Munn is underrated as a comic actress, and Claflin appears in two films on my list. Honestly, it could have been straightforward film told chronologically and I would have liked it, but then it pulled a “Sliding Doors”/”About Time”-esque time jump. Still good. 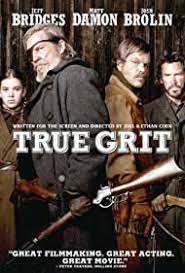 4. “True Grit,” 2010 Western directed by Joel and Ethan Coen, starring Jeff Bridges, Hailee Steinfeld, Matt Damon, and Josh Brolin. A much better film than the original 1969 version with John Wayne, this one is more sober while also being truer to the humor-filled novel by Charles Portis. Steinfeld was 13 during the filming, and she pulls off the independent Mattie Ross, seeking justice for her father’s killer. Bridges as Marshall Rooster Cogburn and Damon as Texas Ranger LeBoeuf make for an odd couple as they hunt down the killer for their own separate, selfish reasons. 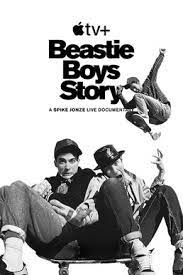 5. “Beastie Boys Story,” 2020 documentary directed by Spike Jonze, starring Michael Diamond and Adam Horovitz. You don’t have to be a Beastie Boys fan to understand this film, but it sure helps. Diamond and Horovitz wrote a book about their time in the rap trio (much of the film and book are devoted to praising the other member, the late Adam Yauch). They turned it into a multimedia stage performance, and Jonze filmed it. Funny, more emotion-filled than you would think, and worth it just for the story of the time they toured as the opening act for Madonna. 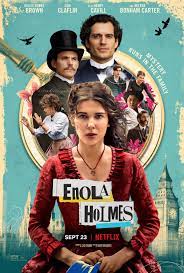 6. “Enola Holmes,” 2020 mystery/adventure directed by Harry Bradbeer, starring Millie Bobby Brown, Henry Cavill, Helena Bonham Carter, and Sam Claflin. I’ve read books and seen films that offer twists on the Sherlock Holmes canon, and this one is fun: Brown plays the title character, the young sister of Sherlock (Cavill) and Mycroft (Claflin), who was raised wild by their suddenly disappeared mother (Carter). Her first mystery is to follow the clues left behind; her brothers’ job is to step in and provide adult supervision for their abandoned sibling. This felt like a setup for at least a trilogy. 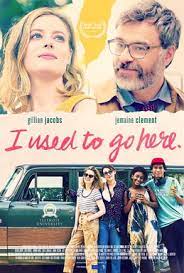 7. “I Used to Go Here,” 2020 comedy/drama directed by Kris Rey, starring Gillian Jacobs, Josh Wiggins, Hannah Marks, Jorma Taccone, Zoe Chao, and Jemaine Clement. Rey previously directed “Unexpected” and used to co-write movies with her ex, Joe Swanberg. This personal film is about Kate Conklin (Jacobs), a writer whose first novel tanked but is invited back to her alma mater (Southern Illinois University) by her former mentor (Clement, always funny). The brief visit turns into a longer stay, including hanging with the college students living in her former house on campus. A slow burner and a fantasy of what it would be like to relive the college experience. 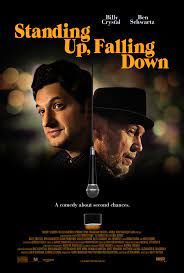 8. “Standing Up, Falling Down,” 2019 comedy/drama directed by Matt Ratner, starring Ben Schwartz, Eloise Mumford, Billy Crystal, and Grace Gummer. Want to see a film in which Crystal plays a deadbeat dad to his adult kids and a pothead dermatologist? Did not see this one coming. Schwartz, a great improv actor, holds his own in this pairing as a stand-up comic forced to move back in with his parents on Long Island; a chance encounter with Crystal’s character leads to a chance for Crystal to be a better mentor to a stranger than to his own kids. Funny and sad. 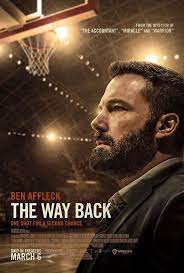 9. “The Way Back,” 2020 drama directed by Gavin O’Connor, starring Ben Affleck, Al Madrigal, Michaela Watkins, and Janina Gavankar. Oh man. This sports drama had every opportunity to take the easy cliches and run with them, but it pulls no punches. Affleck portrays Jack Cunningham, a local basketball legend who takes the coaching job at his former high school. There are some backstory issues: his alcoholism, his difficult upbringing, his failed marriage and family. While we watch him deal with the fallout from his own problems, we see him make a group of young men believe in themselves. This film doesn’t take the obvious path; don’t expect “High School Musical.” 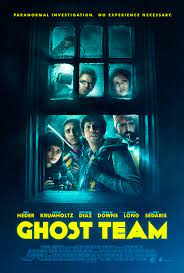 10. “Ghost Team,” 2016 comedy directed by Oliver Irving, starring Jon Heder, David Krumholtz, Amy Sedaris, Justin Long, Paul Downs, and Melonie Diaz. This goofy film follows a group of amateur ghost hunters who believe an abandoned farmhouse in the middle of the woods is haunted, so they decide to spend the night filming any supernatural occurrences. A parody of the long-running reality TV show “Ghost Hunters,” with Heder (“Napoleon Dynamite”) and Sedaris leading the way.